By Ratman on 3rd November 2015 in Cockroaches 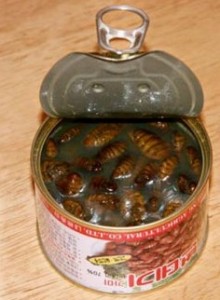 Depending what news you read, pests are never out of the news. Now the BBC has written a magazine article on their website about cockroaches – painting them as less than the scourge that they are – to us anyway.

If you found us, you’re probably interested in getting rid of cockroaches, not praising them. In true pest control fashion, here’s a summary of the reasons, all taken from the Beeb’s article, on why you want to call us when you have cockroaches of any denomination or style:

The subterranean rhinoceros cockroach is the heaviest species and pretty big with it too – weighs 35g and measures 8cm in length. Don’t ask Aunt Maude to bring one bag from Oz where they live though.

Scientists are training them using human brain waves – we’d train them to get the hell out!

In the 19th century, cockroach tea was used against tetanus. I don’t know if it caught on but they’re not selling it in the supermarket!

There’s a cockroach farmer in China who has 22 million of the bugs! That’s some serious pest control needed!

Cockroach flavoured ice cream anyone?
Rats in the kitchen could lead to your UB40